heyy mady here..i luv pitbulls i npw hav 2 one named lida the other named babygurl.they are the luv of my life. im n 6th grade soon to be 7th. i hav so many awesome friends. im n band i play clarinet we are working on 4 songs for our spring concert. i won 5 out of 6 volleyball games. now im starting softball and i finished basketball 3 or 4 weeks ago. in a couple of weeks im going to try out for jr. high cheerleading(wish me luck :] )im pretty sure im going to make it. ive been doing cheer for almost 3 yrs now and everybody says im really good at it. my favorite NFL team are the STEELERS(its all good bout the super bowl. well get em next year) hah to support my team i hav black and yellow braces. umm dont really know what yall wanna know bout me..if u wanna know something ask... an i tell u
luz,
mady
Edit my bio » 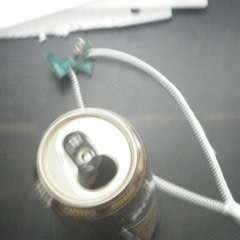 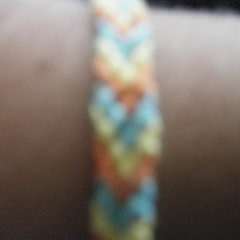 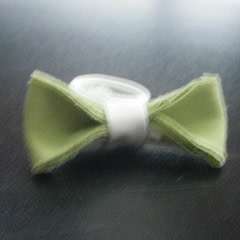 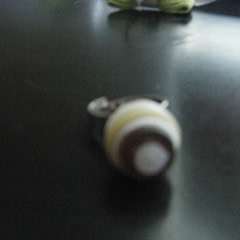 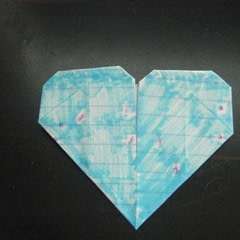 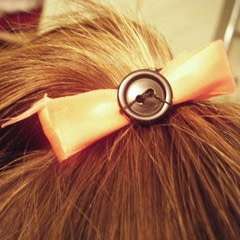 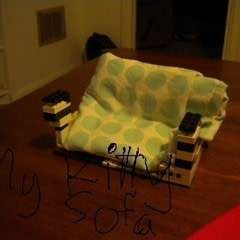 Jet H. · Haarlem, North Holland, NL · 108 projects 3rd April 2011
hello;-D
wooow that 's really long time ago we we're talking.
but it's great to hear from you, i was a little bit crumpy on cok , got yesterday tooo much mail of cok of the last weeks just in ones.
not fine and polite .
so i thought after givin a lot of answer the rest must be tomorrow.
so now i have time for you.
oooh that's bad when a teacher hate some of his studens.
i have had those teachers as well.
sooo stupid , i learned at the art academy that it eflecting the grades of the studens too in a bad way.
And oftenly it's about nothing that they do this sort things.
okay when i was standing in front a class i had some fave ones but didn't hate the others. why ? everybody has something special in them hidden so i always give them a change.
Only not when people make a war of that themselfs then i t hing okay this isn't fair to me, When i try to talk about it and they don't want to give any explanation then it's their problem
i had that with one student and when he got a 6 he was upset of it, and angry on me, so i told him i have asked you lot of times to come to talk , and you choosen to don't do that, so that's your problem and your grade.
it's only to blame yourself.
of course he was grumpy of it.LOL
i don't like to give grades because somethimes things aren't sooo great but when you look to the persone self it's a great step forwards.
so... i try to watch to that as well.
muis isn't doing well i will go to the vet with her, she has a thing on her lip i think it's a tumor, she was eating badly and i have gave her soft food now she is something bigger gladly.
she is standing up for herself against wolfje.
happy about that because wolfje is a very strong big cat now. much bigger then muis.
she is stull funny and talking my ears of my head.LOL
i reconizes all her sounds so i know what she try to say to me.LOL Like a mum with a baby.LOL
wooow that's awesome that you have won so much beatles.
awesome softbal , humm it's nice as well but i prefer volleyball
aaaw so great you've got an other pitbull how is he she callling?
poor old one , that's always the same when they need to share the same house with a new one but after a while it will be normal.
wooow so you're very popular.LOL
awesome.
so you're ready for the 7th grade, awesome but... wearing an unifrom ugggh
we don't have t hat in dutch schools.
so i don't know that but i think i didn't liked that when i had to weare those ones.
when i was at school i wanted to wear my own cloths to show the others for which i was standing out.
it was in the 70ths so i was a hippie.LOL
some teachers had problems with that, but i was a nice kiddo so they loved me oftenly.
My mum didn 't liked my cloths she found it not neatly.LOL
and i used a hippie parfum that she always told of that it gave her migrains.LOL
i didn't believed that, she told me some years ago that she loved the smell i was stunned of it. so i asked her but doens't it give you migraines?
she said noooo of course not.
had to laught of it.
hey wish you much fun and a great lazy sunday sweetie, play a little bit with your dogs and be creative.
have a great last resting time of school as well
and all my love hugs and kisses and so on , of me;-D
Reply

Savalou · Paris, Île-de-France, FR · 11 projects 6th November 2010
If you want to add yourself to people who love a project, click on "Add To Favourites" at the top of the page under the picture.
Reply

Jet H. · Haarlem, North Holland, NL · 108 projects 15th September 2010
Wooow that's sounds awesome, i had played for many years a basflute in an octete.
and played the mandoline.
i'm working on a cathouse for the cats, Wolfje had put her head on the smallest window to see what it was what i make .LOL
i told her that that was a window and not a door.LOL
i think it's great to do that sort projects to clean a lot of old cardboard .LOL
but there are more projects still that i had to finish.;-D
What for kind music will you play?
hey like it that you love school and have fun things there too.;-D
hey greetings and have a great fun eve;-D lots of kisses and hugs as well;-D
Reply

Jet H. · Haarlem, North Holland, NL · 108 projects 12th September 2010
LOL like that, because i had a lot of trouble with muis her name.LOL
When Muis got her name my niece was 3 years old and was sitting on my lap, and aked me what is her name and i said she is called Muis . a long time she was silence.
suddenly she asked me what does she talk, and i said meow.
oh and again a long time of silence.
huuuuh a muis that said meow?!!!!
both my sis and i tryd to explain that is was not a real mouse.
but she still found it very confusing, so she came to my mum her grandmother and told all her friends my Jet has a muis that said meow.
all the friends of my mum where flabber gasthed, so my mum had to explain that i was her aunt and i had got a kitten that we called muis.LOL
And still i have problems, i had to explain to a md why i was so tired out of to less sleeping hours for such a long time, because of muis was living in her bench for a half year.
and the same strange silency ... how can you hold a muis in a dog cage? it will escape.!
i had to laught and told her it was my cat, so she couldn't go to the bars of the bench.LOL
so... i don't think it's really smart to give a cat this name.LOL
And Muis is living again for some months in the bench because she was lumping and on her xray's , one of the broken bones wasn't still health after 1,5 year and the pin in her leg was no longer fixed so it had damaged her knee so she couldn't bend it no more.
so 4 weeks ago her orthopedic vet had operated her again she has now a metal plate with srews in her leg and had a major knee operation.
she can use her knee though agian, glad, but she still must sit for some months in the bench to try to let health the broken bone a little bit more.
Next month she must go back for new xrays' so sad , she is soooo sweet and calm but she love it to escape.LOL
so i had to be very carefull.LOL
hey is school begun allready? i hope you have a good school shedule and great classmates and great theachers.
hope not to much housework too.;-D
much love and hugs and kisses and a lot of fun next week;-D
Reply

Jet H. · Haarlem, North Holland, NL · 108 projects 6th August 2010
hi and goodmorning dear friend
it's here morning, very early, i had to go up very quickly waiting for a mechanic to make my springs in my big yellow chair a little bit comfortable.;-D
i love h er , she looks like a kind of birmees probably a birmilla, she is sweet your m onster .LOL
like her name, my cats have strange names too, One is muis , _translated Mouse , she is grey coloured and she is very tiny and behaving like a real mouse.LOL
the other is the birmilla with her furr that looks like a husky dog, so i named her Wolfje in your langues Wolfy, she is behaving her self like a dog, not now because she is still recovering from the neutryed operation.
she talks a lot.;-D Like me.LOL
Awesome Texas , like that, it must be really hot by you.!!
by us 17 degrees mayby it will be 20 degrees. like it too, the sun is shinging. Yummy
hey have a great fun day and for later an awesome great weekend.
love and hugs.xxxx

Jet H. · Haarlem, North Holland, NL · 108 projects 5th August 2010
ooooh so sweet your monster cat.LOL
she looks like a birmees one, is that sooo?
or is she a birmilla? i have a birmilla cat and a birmees cat.
and they are very sweet and nauthy LOL
like your projects, i will take later on a jump to them to see them better.
hey by the way thanks for asking me as your friend, like it;-D
and Yeaaaaah were now friends.LOL
oooh a warning i'm a big talker, but you don;t have to write me everytime back.LOL
it's my problem of having jumping brains.LOL
tell me some more of your self you love skulls i see and rectycling projects and buttons and harts, so do i;-D
where do you live, and in a big city or....?
hey have a great summertime and send you mylove and hugs and kisses;-D
Reply

Jeanette · Leonard, Michigan, US · 21 projects 31st July 2010
Hi Manilla, Thanks for favoring my Tim Burton Magnets. You can buy Modge Podge at any craft stores. It is pretty much like water down glue.
Reply

Adrian Lee · Rapid City, South Dakota, US · 8 projects 31st July 2010
Thanks for the favorite! And I totally accepted your friend request

Ariel Greenwood · Lake Elsinore, California, US · 108 projects 12th July 2010
Hi there
If you want to 'love' any project,
simply look for the button at the top that
says "Add to Favorites'
hope this helps!
Reply

June 30th, 2010
There's a zipper bracelet how-to by Rae if u look it up =)
i just glued the end of the bracelet onto a clip on earring and attached it to a safety pin w/ beads
Reply