I traded eyeliner for dark circles, salon hair for who gives a crap buns, long showers for short ones, no daytime hours for late nights because of work!! and I def would change it if I could. Darn the person who came up with the idea of Overnight Stockers.

I have the greatest Pre-Fiance' in the world. He is my whole heart. John and Tina = Love Forever. <3

Makeup is MAJOR
Fashion is ESSENTIAL
Music is my THERAPY
Love is my WORLD *JOHN*
Friends & Family are PRECIOUS
Life is UNCONTROLEABLE
Sluts aren't worth my TIME
Individuality is EVERYTHING
Take time to find out what makes you stand out.

Paperclip: the staple for people with commitment issues
Edit my bio » 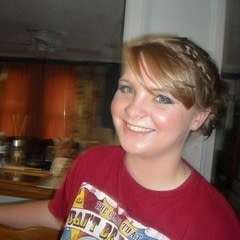 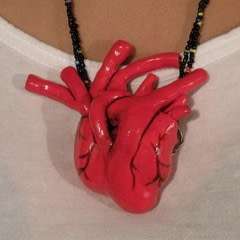 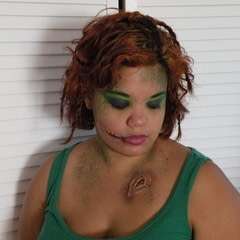 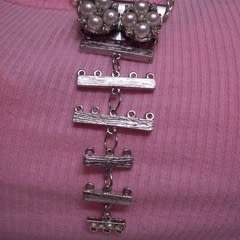 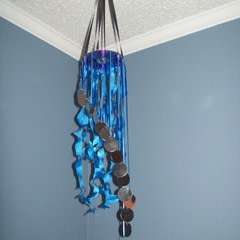 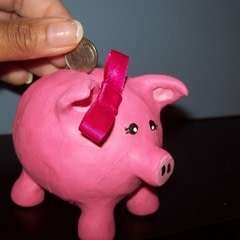 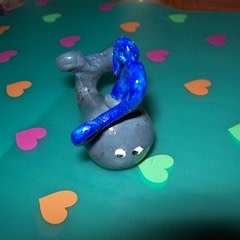 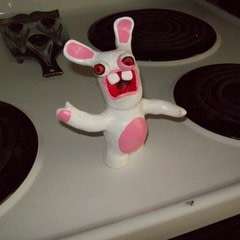 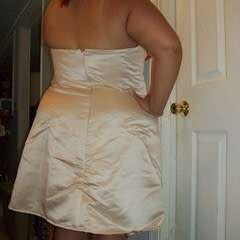 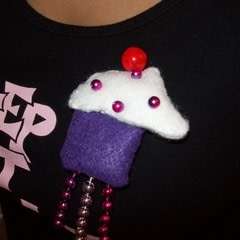 PinkWeeds · Omaha, Nebraska, US · 207 projects 23rd February 2011
Thanks for favoring my Be My Valentine Bustier

elisa m. · 15 projects 27th October 2010
Hey,thanks for the fave and your comment on my shoulderpiece(ñ_o).
Reply

Ruby · 11 projects 16th October 2010
Aw that's really kind of you! Thanks so much for your favourite too

Hope you have a smashing weekend and a super creepy halloween!! x
Reply

V-I-O-L-E-T Z. · Scottsdale, Arizona, US · 39 projects 14th October 2010
Thanks for the favorite on my Halloween goblet project
Reply

Lunatix24 · Philippine, Zeeland, NL · 9 projects 11th October 2010
hi! thanks for accepting my request.. sorry that I wasn't able to get back to you asap. I'm glad that you liked my hats... maybe one day i'd be able to post my tutorial here. *lazy-me* I'll see you around! ~hugs~
Reply

October 8th, 2010
Hihi, Tower of Terror. You're right, the bellboy's the coolest. When it was on television when I was a little kiddie I saw the intro but I wasn't allowed to see the rest of it. Kept me intrigued by the film for years ;).
Reply

October 5th, 2010
Thank you for the fave on my bellboy hat! Your "mattress dress" now looks very wearable to all kinds of parties. Not to sound creepy: your bum looks great in it.
Reply

Sheila Squirrel 1st October 2010
Thanks Trickypixie. I entered my tiny hat too because it's made from a sink strainer....LOL x
Reply

elisa m. · 15 projects 17th September 2010
hey,thank you for the fave and your great comment on my lace back tank,its really flattering.
Reply

Tainted Towey · Magnolia, Texas, US · 4 projects 25th August 2010
Really? I am always so nervous about entering contests. But, like they say, you can't ever win if you don't try. Thank you for the heads up and the support! ^_^
Reply

dominique r. · Ypsilanti, Michigan, US · 78 projects 20th August 2010
thanks for adding my pencils to your favorites
Reply

Tainted Towey · Magnolia, Texas, US · 4 projects 19th August 2010
You always send the sweetest comments to my creations and I appreciate it so much. Thank you for enjoying my things. ^_^
I hope your day is going incredibly, spectacularly, amazingly, somethingly well!
^_^
Reply

Lima · Reggio Emilia, Emilia-Romagna, IT · 94 projects 14th August 2010
Thanks for faving my umbrella

Tainted Towey · Magnolia, Texas, US · 4 projects 12th August 2010
Thank you so much for your lovely comment. ^_^I hope your day is amazing!
Reply

katcar~ · 27 projects 12th August 2010
thanks for faving my stool! <3 and sorry about double posting that last comment, oops

Owl Tattoo 24th July 2010
Thank you very much for your apology, and I apologize in return for anything that may have seemed condescending. I'll most certainly link you if/when (blah) I ever re-do the dress. I'm thinking something along the lines of what you've done, but with a little more embellishment, in which case I'd post it as a version.
Reply

Owl Tattoo 24th July 2010
I wasn't trying to be rude at all. In fact, I can't find anything rude about that comment whatsoever. Your reply, however, is quite unbecoming. I realized that you were new at sewing, which is why I told you what the material was called. And I said your "mattress dress" was aptly named, so I'm not sure why that was even an arguable point. I actually thought it was a nice thing to offer to show you how to do it differently, which isn't to say the way you did it isn't good, and I never said you did a bad job. I really can't figure out how you got the idea that I'm a bitch from that comment, but whatever. Think as you will.
Reply

peekaboo · 2 projects 23rd June 2010
Thanks for favoring my boregs!
Reply

Sheila Squirrel 18th June 2010
Thanks for faving my tail coat