Me in point form:

-Sewing since August 2009
-Polymer claying (uh ,molding? I don't know) since June 2010
-Wire work since July 2010
-Origami since Febuary 2011
-Used to draw when I was 12, stopped when I was 13
-Stamp carving since August 2011
-Writting little stories since October 2008, but nothing good, just something I do
-Tried baking but that didn't turn out well
-Do friendship bracelets count as a sort of craft?

My teacher thinks I should cut down on craft :|

I would put reading, but for some reason, I end up reading about four books at a time and just get completely confused.

That's been stuck in my head all day, so I decided to try and get it stuck in yours 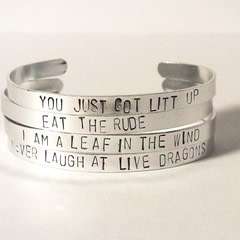 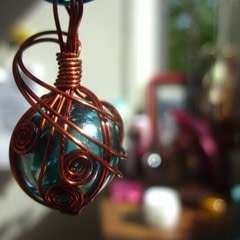 Lau5ren · 65 projects 12th June 2012
Thanks for faving my baked marble project, I also like your wrapped one

Francesca F. · Pisa, Toscana, IT · 10 projects 7th January 2012
Thanks for adding my Nutella Cookies to your favourites ^_^
Reply

Andrea · Austin, Texas, US · 45 projects 9th November 2011
Hey Ninja glad you like more of my stuff I <3 making my Fimo Glown In The Dark Skeleton Keys

Andrea · Austin, Texas, US · 45 projects 30th September 2011
Hey Ninja!
Thanks for favorite-ing my glow in the dark pendants
btw I love the wire wrapped marble It looks similar to the stuff at the Renaissance Festival which I absolutely LOVE
Reply

Hester · Nederland, Colorado, US · 26 projects 1st July 2011
Thanks for the favourite on my bracelet!
Reply

Jet H. · Haarlem, North Holland, NL · 108 projects 12th March 2011
hi Ninja , t hank you very much of your fave on my sewing trick project, wish you m uch profite of it and have a great awesome crafty weekend as well;-D
Reply

Fashion Diva Crochet · 30 projects 12th August 2010
Thanks for the FAV of my crocheted Minion Hat!!
Reply

August 10th, 2010
Hi, thank you for favouriting my notebooks=)
Reply

Sheila Squirrel 10th April 2010
Hello & welcome to CO&K. Thank you for adding my mad hatter headband to your favourites