"Vanity and pride are different things, though the words are often used synonymously. A person may be proud without being vain. Pride relates more to our opinion of ourselves, vanity to what we would have others think of us."
-Jane Austen: Pride and Prejudice

My life basically revolves around books, I am afraid I may be addicted!

I read a million different types of books and always find more. And I am a bit obsessed with Harry Potter, well....perhaps more than a bit...

"True love's the gift which God has given to man alone beneath the heaven."
-Sir Walter Scott

I am a bit of a hopeless romantic; still waiting for my Colonel Brandon...<3

"Cats are mysterious kind of folk - there is more passing in their minds than we are aware of."
-C.S. Lewis

I am just past my freshman year at the New Hampshire Institute of Art. I have three cats: Rikki, Henry, and Emma. :]

"A man should be upright, not be kept upright."
-Marcus Aurelius

I am a firm believer in the Constitution. I am a Conservative and proud to be so. I support the founding fathers and everything they did for this country and am afraid of where we're headed...

"The citizen who thinks he sees that the commonwealth's political clothes are worn out, and yet holds his peace and does not agitate for a new suit, is disployal, he is a traitor. That he may be the only one who thinks he sees this decay, does not excuse him: it is his duty to agitate anyway, and it is the duty of others to vote him down if they do not see the matter as he does."

"My kind of loyalty was loyalty to one's country, not to its institutions or its officeholders. The country is the real thing, the substantial thing, the eternal thing; it is the thing to watch over, and care for, and be loyal to; institutions are extraneous, they are its mere clothing, and clothing can wear out, become ragged, cease to be comfortable, cease to protect the body from winter, disease, and death."
-Mark Twain: A Connecticut Yankee In King Arthur's Court
Edit my bio » 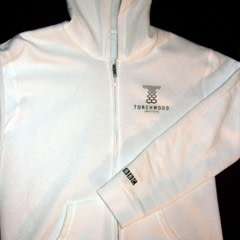 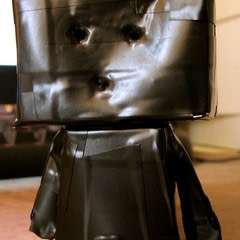 Soda Can Robot How To

Jocelyn · Pittsburgh, Pennsylvania, US · 17 projects 31st March 2010
thanks for adding my recycled magazine frame to your favorites!
Reply

Blaza1141 · 2 projects 28th March 2010
sweet! i ended up cutting the head into just a rectangular box and covering the whole thing in electrical tape lol :]
Reply

jonesy · Cheshunt, England, GB · 58 projects 28th March 2010
not at all, even something basic like paint will work, if you look at my blog i made one half the size of my first one and i've made larger ones with larger cans aswell, you'll just have to experiment a bit to get the right size
Reply