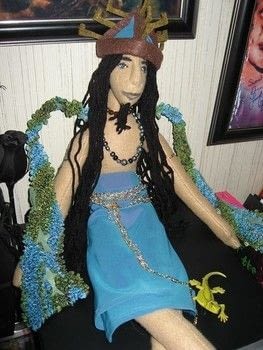 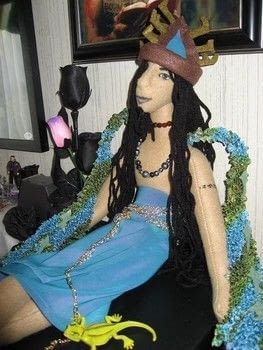 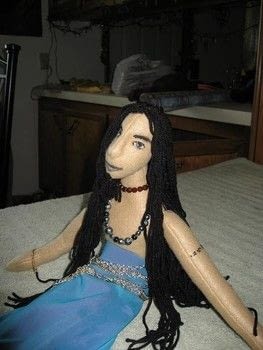 I am Enki, friend of humanity.
Enki is the Sumerian god of the sweet waters, wisdom and creation. A master of magic. He is most depicted having two streams of water springing from his shoulders: the Tigress and Euphrates rivers.

The doll is 2ft high. His face is hand painted with acrylics, same with the tattoos on his arms. His hair and goatee is black yarn. His sarong and the rivers were made from old shirts. I also added jewelery from a craft store. His crown is made from squares of felt.
I designed him from my own imagination. Took me about two weeks to draw out a pattern and sew him all by hand.

Lorrie Endemoniada DiGiulio posted this project as a creation without steps 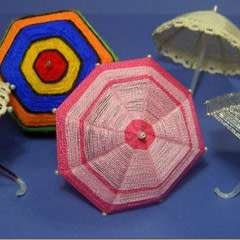 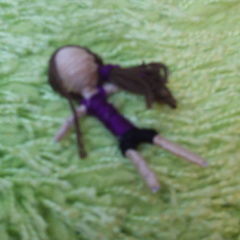 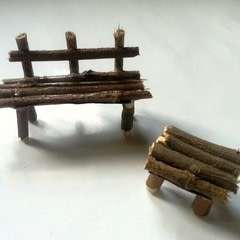 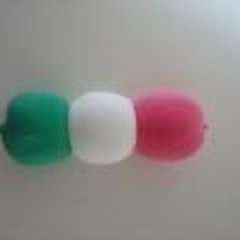 Dolly Sized Dango
Made this project? Share your version »