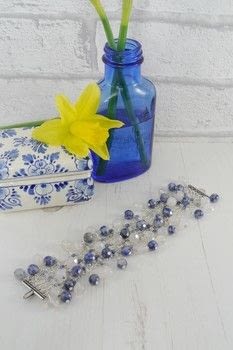 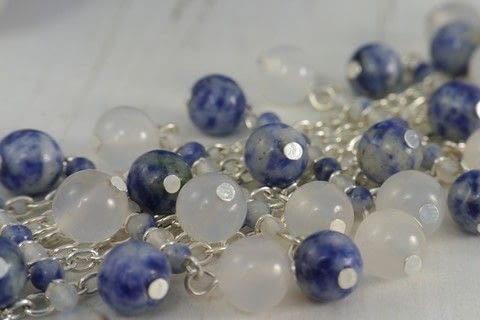 Make this multi-strand bracelet, full of movement using beautiful willow pattern colored Sodalite and White Agate beads
If you know how to turn a simple loop, you will be able to complete this project. All you need are some round nosed pliers, some flat nosed pliers and some cutters. The semi-precious beads are from a wide selection at www.jewellerymaker.com and the fancy silver connectors can be found at www.rareflair.co.uk