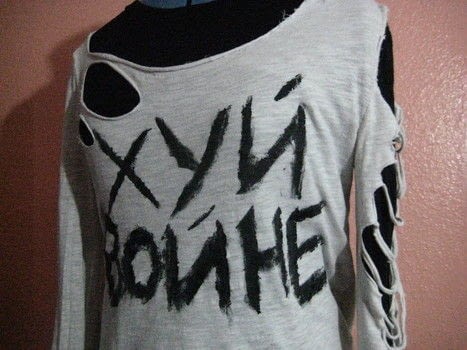 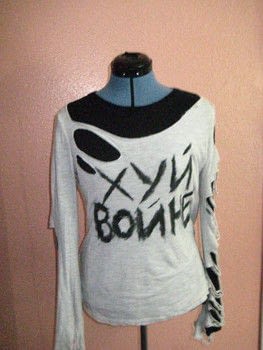 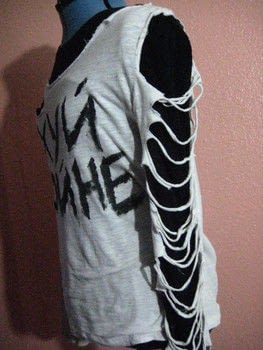 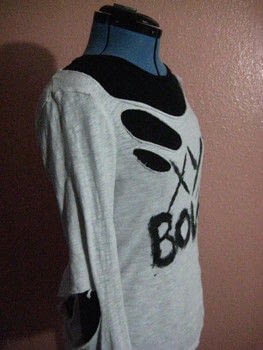 A shirt for a rebellious t.A.T.u. fan.
Not much to say about this one.. Aren't shredded shirts awesome? For those of you who aren't familiar with t.A.T.u., they're that Russian fake lesbian pop duo from about 10 years ago. They wore shirts with this saying on it to a late night TV show. It means "F**k the war." <3

Aries Crimm posted this project as a creation without steps 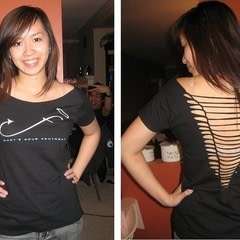 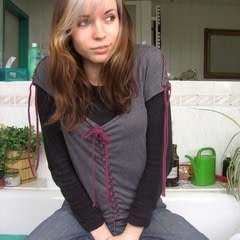 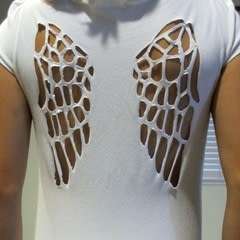 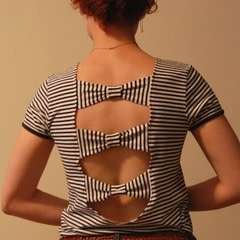 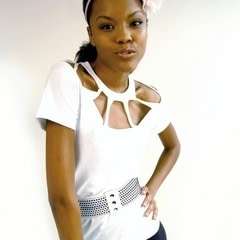 Cut Out Neckline Tee
Made this project? Share your version »