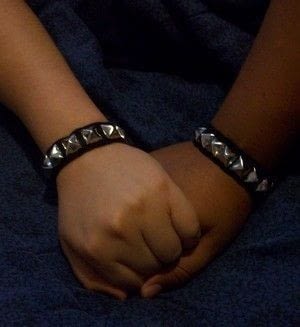 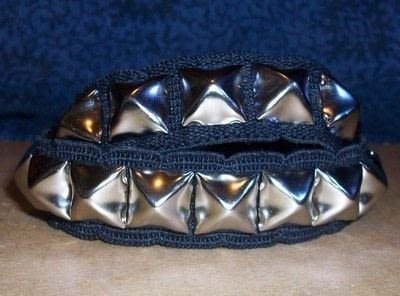 Super easy and made from elastic!
This project came straight from my boyfriend!

You really don't need pliers to close the teeth on the studs but it makes it easier.

If you do not have a glue gun you can either sew the elastic together or use a stud to keep it together.

Soviette Union · Victoria, British Columbia, CA · 11 projects 20th May 2009
great idea!! and great for all those vegans out there who don't use leather!!
Reply

Abi · San Antonio, Texas, US · 27 projects 19th May 2009
Yeah it is affordable and easy to make and way more comfy on your wrist.The elastic gives you a nice stretch for movement.
Reply

KMOM14 · Fort Wayne, Indiana, US · 378 projects 19th May 2009
Great idea and sounds like it would be not only more affordable than a leather bracelet, but much more comfortable.
Reply