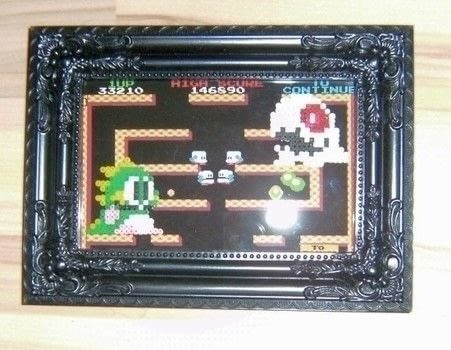 Small frame with sprites made out of HAMA micro beads
As we have lots of hama beads at home, and not just the normal, medium sized ones, but also the tiny micro-sized ones, and I didn't have a clue what kind of present I could give a friend of mine for his birthday, I decided to work with the micro beads in order to build a small original game scene with game sprites from Bubble Bobble into a small picture frame.

First of all, for all you people who have only worked with regular sized perler beads, you should know that building things with micro beads is a tedious chore. You need a forceps to place them properly onto the pegboards which takes a lot longer than with regular beads and is even more annoying if you have huge paws for hands like I do ;).

Well since my pal's favorite game growing up has been Bubble Bobble, I decided to rebuild a scene straight from the game with a screenshot straight out of it and two iconic figures (Bub and the nefarious Baron von Blubba).

Building the figures is standard fare for bead sprite builders, it's only a bit more exhausting and takes longer for reasons stated above.
Afterwards I searched for a fitting screenshot and printed it out on high quality printing paper. The print was cut so it would fit the picture frame (10x15 cm measurements, by the way). In the next step, I arranged the figures on it and when I was satisfied, I used glue to stick them to the print. During the final step, I removed the backboard of the frame and placed the print with figures on it on the frame's glass window, attached the backboard again, and it was done.

It's pretty nice to build those things, as they are not that big and easily fit on your desk if you don't want to stick it onto your walls. 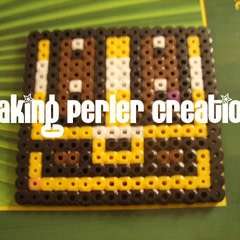 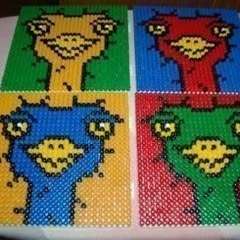 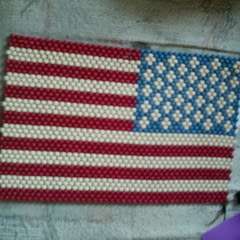 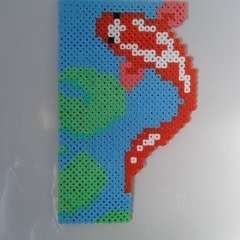 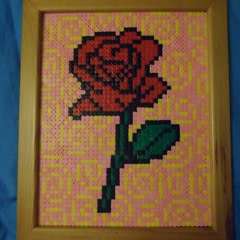