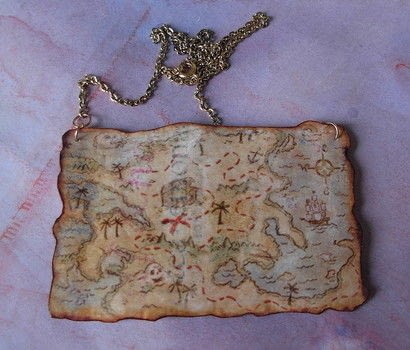 Insert witty appropro pirate comment here
After the Ouija board necklace project, I went on a quest for something else that was similar. It wasn't long before I was inspired by a pirate-themed board game I found in my Internet travels. I knew that making a treasure map pendant would have to be in my future.

I did a Google image search for a pirate treasure map and found this one suitable. I re-sized it in Irfanview (a free, no-frills image editor)and printed it out with an ink jet printer on regular printer paper.

I cut the map out in a rough, rectangular shape without yet cutting out the details so I would not have to cut them out twice. I used Elmer's spray adhesive to affix the map onto the card board. Spray sealer was used to prevent the ink from bleeding.

Once everything was dry, I cut out the map along the curvy, aged-looking edge. I used a dark brown marker to color in along the thin edge of the image (not the front of the image) and gave the whole thing two coats of Aleen's Paper Glaze. Alternately, you could also use Mod Podge.

After it was dry, I poked a hole in the top two corners with a push pin. I lightly painted around the holes with the Paper Glaze to seal the area and waited for it to dry. Then I added the jump rings and
chain.

I was thinking of adding a few charms along the bottom of the map, such as a skull shaped bead or other pirate-themed beads. I will add updated pictures if I ever get around to that. 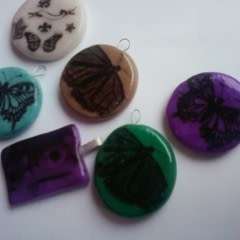 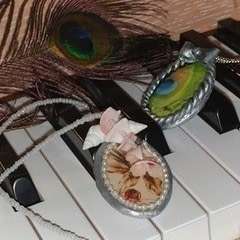 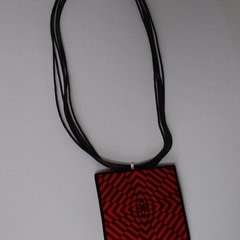 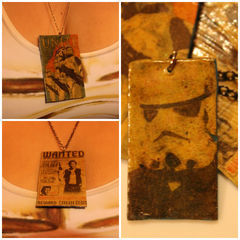 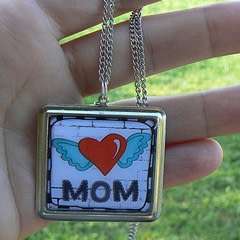