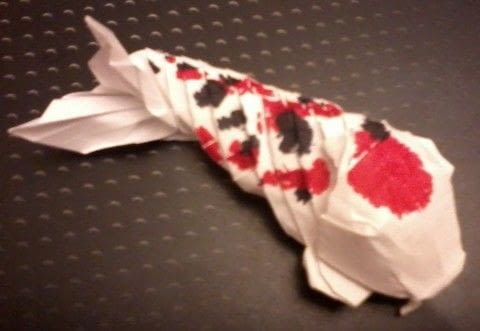 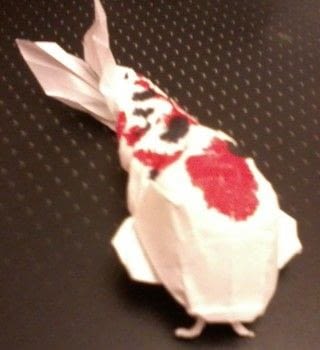 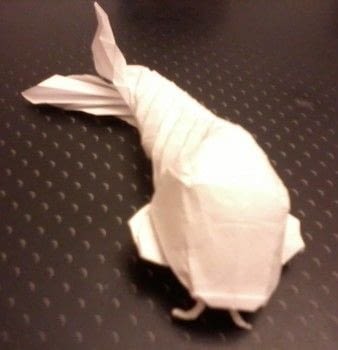 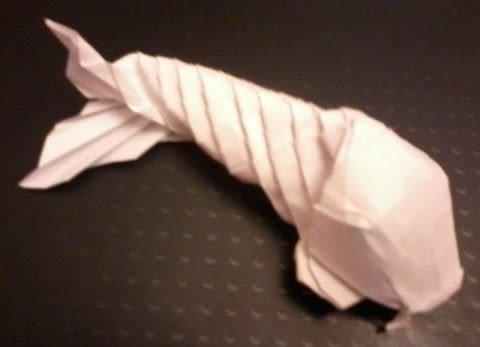 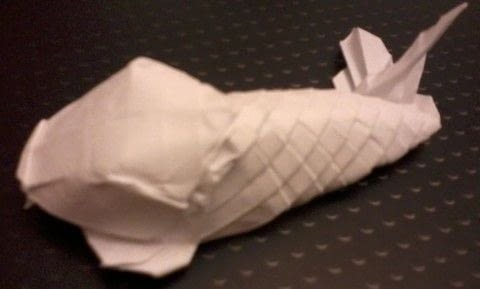 4 hours wasted or well-spent?
While browsing pinterest.com, I happened upon a tutorial for using a one dollar bill to make an origami koi fish. I immediately wanted to make one. Since it would be my first time attempting the diagram, I used white printer paper scaled a bit bigger than the proportions of regular dollars; it made folding a lot easier. The diagram was really difficult for me and toward the end, although I transformed into a sailor proficient in swearing, I managed to finish (though I am guilty of strong-arming the last part). I took pictures of the completely white koi before I found an image of another person's attempt that was colored in so I colored mine as well (first two pictures). All in all, I'm happy with the way it turned out (better than I expected...) so I'd consider this four hours [relatively] well-spent.

Conn posted this project as a creation without steps 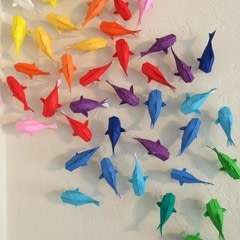 Wall Of Rainbow Koi
Made this project? Share your version »

Conn · San Francisco, California, US · 134 projects 1st September 2013
Thanks for this nice comment! Now I feel better about making this. ;)
Reply