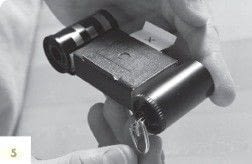 SugarNSpiceLily · East Rutherford, New Jersey, US · 11 projects 23rd October 2012
When I was in the seventh grade, I studied cameras and how they work as my topic for the science fair that year. I am pleased to say that for my demo display, my Dad had loaned me my great-grandfather's folding bellows camera! I used that, along with a magnifying glass, flashlight, and my backboard to demonstrate refraction. That was a great project and study! I think I'll forward this to my Dad!
Reply

I've made a few pinhole cameras so far and this one looks really great, can't wait to try it out!
Reply