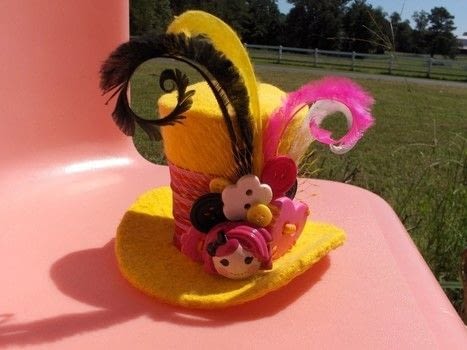 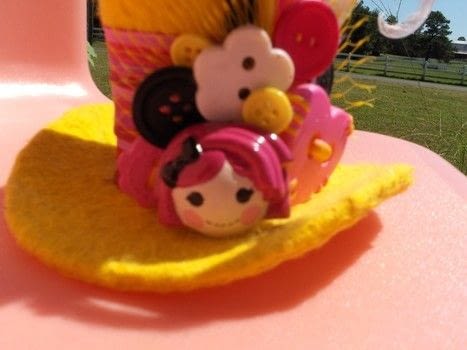 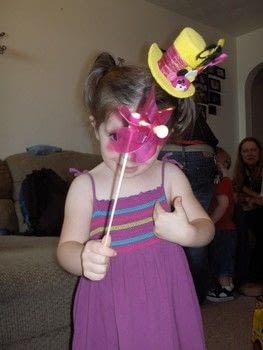 Crumbs Sugar Cookie-inspired Birthday Party Hat
my girls are big Lalaloopsy fans, so for my youngest's 3rd birthday i decided that was going to be the theme :) i found some cute Lalaloopsy hats online and thought i'd try my hand at making my own. the doll head is actually a micro figurine- you get surprised with which one is in the package, and of course i didn't get the doll i needed! so i had to paint everything on her from her hair to her eyelashes (those things are $3 each!). a couple of the buttons are actually pieces from packaging from the larger dolls that i saved, because i just knew i'd be able to find something fun to do with them! the yellow netting is actually a bag that some lemons came in. Crumbs is sewn from a baker's apron, so i figured it was fitting to incorporate that :) 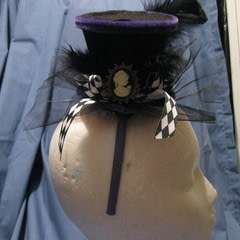 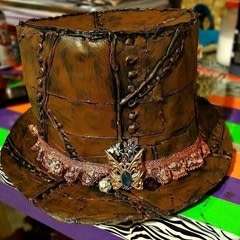 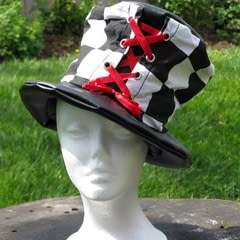 Making Silly Hats With Mr. Buns!
Made this project? Share your version »

September 26th, 2012
how did you get the feathers to do that

fetisha · Mechanicsville, Virginia, US · 36 projects 2nd October 2012
you know, i was actually really mad at those feathers! i just used some cheap kids craft ones that i had and they didn't come out as well as i wanted. i used a tutorial i found on youtube, i didn't save it but i think it was done by craftovision. you basically take a feather and use a razorblade to cut away the plume on one side of the spine (i ended up using my fabric shears, i think maybe the razorblade i was using was dull and i was too lazy to switch it out!) then you trim the other side of the feather. next, take the blunt side of a pair of scissors and curl it just like you would with ribbon. i think there is a certain way to tell which way the feather will curl, but i'm not familiar with it, cos you can see that some feathers curled with the plume facing out, and some are facing in. i'm getting ready to start on another hat for a co-worker of my husband who wants to dress as this doll for Halloween, so hopefully i can find some better quality feathers (ie NOT from the dollar store!) and see if those come out better

fetisha · Mechanicsville, Virginia, US · 36 projects 2nd October 2012
also, i suggest trimming the feathers outside if you can cos they make a HUGE mess! i told my girls that the birds around our house will have the most colorful nests ever! haha!
Reply