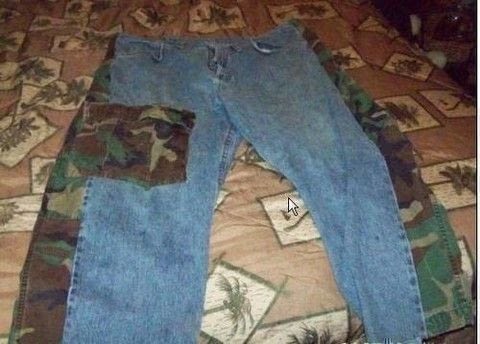 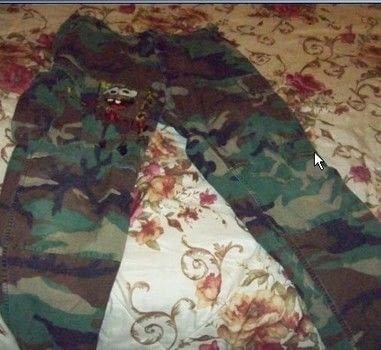 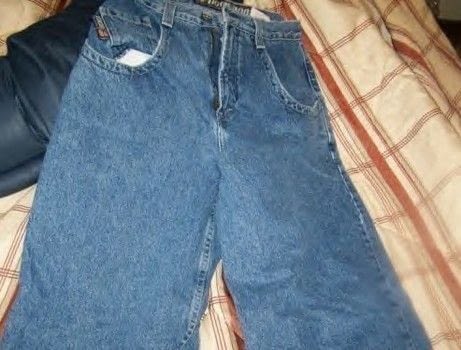 2 PRS. TOO SMALL PANTS INTO 1
My son has outgrown many of his jeans and pants but they still have lots of life left in them, so I decided to combine a pair of his too small jeans with a pair of camo pants.

I started by cutting the seams on the pair of jeans on both side.

Here is a pic of the camo pants before - yes, that is SpongeBob on them; he was crazy about the charactor at the time but now that he is a teen, he is not all that crazy about SpongeBob anymore.

I then cut the sides out on the camo pants measuring 3 inches from the seam on both sides - my son wouldn't hold still long enough for me to measure him, so I just guessed. I also cut out one of the pockets off the the camo pants and sewed it on the upper leg of the jeans - I stitched the pocket down on the sides and the bottom, but not the top so there now is an "extra" pocket between the jeans leg material and the camo material of the pocket.

There were holes in the back of the jeans where the pockets were reinforced, so I put a piece of camo fabric behind them and stitched it down, so the camo fabric peeks out.

I stitched the sides up then got my son to try them on and they were way too big, so I had to take the seam up on both sides of the jeans again 3 inches on each side.

KMOM14 posted this project as a creation without steps 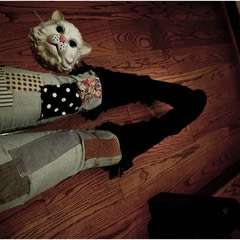 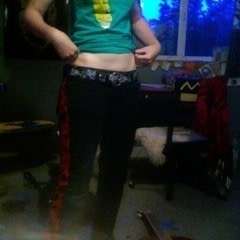 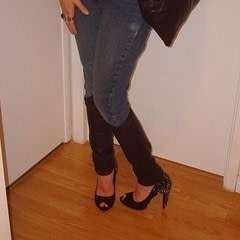 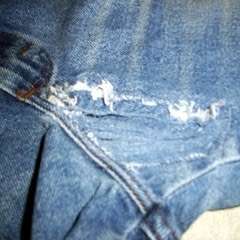 Patching Jeans Near A Zipper 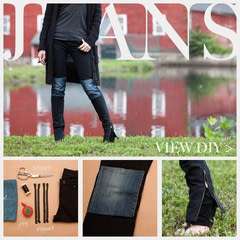 Diy Patched Skinny Jeans
Made this project? Share your version »

snixysnix · Salt Lake City, Utah, US · 4 projects 22nd March 2012
These are very cool, I've been looking to do this to my pants but could only see it in my head...did you have to use a special sewing machine needle to sew these heavy fabrics together?

DIS.AR.RAY · Las Vegas, Nevada, US · 32 projects 24th November 2008
BADASS! If that kid doesn't appreciate those pants, I would kill him!

Those are so cool!
Reply