How To Make Strawberry Jello Bombs 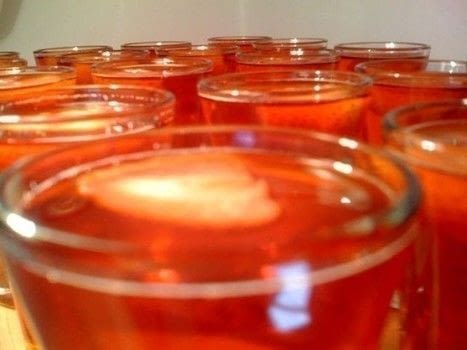 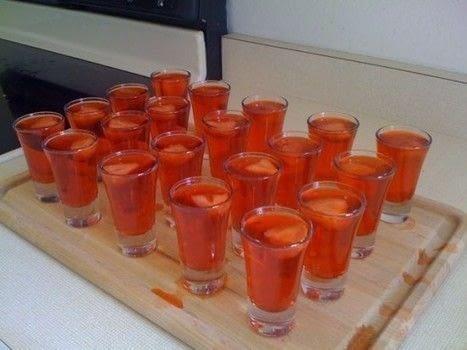 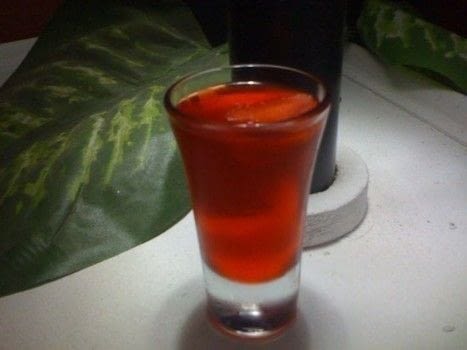 this is not for the impatient or the weak-hearted. this is not the average fru-fru malto-fruity crap shot your girlfriends get when they want to show up but not have too much fun. five or six of these will leave you wondering how you got this way. any more than that and you should probably have somebody make sure your clothes are still on.

this is slightly different than the average jello shot. i wanted a little something extra, so i added vodka soaked strawberry halves. this creates an extra bomb burst of absolute when you chomp down on the berry after swallowing the jello (and the jello, of course, is no weak mix.)

lets get started, shall we?

enough for one for each serving Strawberries (halved) Vodka Water 3 packets Jello Mix or any brand of flavored gelatin) Shot Glass (as many as you have strawberry halves)
Made this project? Share your version »

ShortHairedGirl · Daytona Beach, Florida, US · 2 projects 15th June 2010
Thanks everyone for the nice words!

Spobret - my bf was just saying he wanted to try add cherries or raspberries in place of the strawberries. I say give it a go..mix it up and experiment. It can only be yummy. ;-)
Reply

Spobret · Loughborough, England, GB · 3 projects 15th June 2010
I don't/can't drink. My partner is deathly allergic to strawberries. Other then that, this would be amazing

And i agree, blow torches make the best water boiling implements. Too bad Chris won't let me play with them

KellBellBlue · Sonoma, California, US · 15 projects 15th June 2010
OH we could have used this one this weekend! OH well...NEXT it is! Thanks!
Reply

kathleenserene · U.S. Air Force Academy, Colorado, US · 40 projects 15th June 2010
This was a fantastic tutorial and I cannot wait to try it. =D
Reply