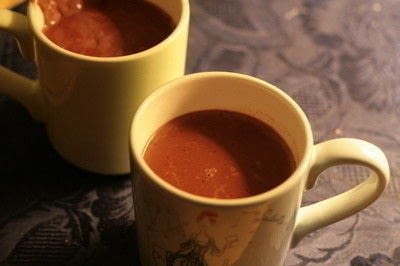 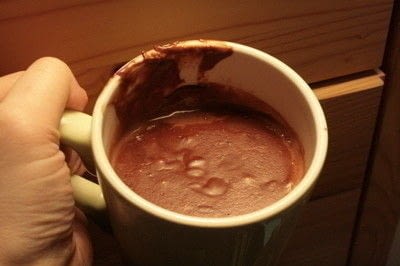 Hot Chocolate or Hot Cocoa?
ToMAHto, right? I had never thought of the difference between hot chocolate and hot cocoa, but there is one! Real Simple offers up the short and sweet answer while a site called “Best Friends Cocoa” has a slightly longer explanation. Hot chocolate is the richer one, made with milk or cream and chocolate. Hot cocoa is (whaddya know?) made from cocoa powder, sugar, and water, and hence lighter. I am partial to hot chocolate, especially the thick, almost sludge-like kind because as I’ve mentioned before, I’m also quite partial to brownie batter and this is just like a hot version!

Earlier this week, I made chocolate pudding from scratch for the first time and was surprised at how easy it was! Then it finally snowed here in New York, really the first time we’ve seen accumulation and messed-up roads. Consequently, I was craving hot chocolate, and thought, why not look at some recipes and see how difficult it is? Well, it’s not at all! It’s actually a really similar process to making pudding, meaning it involves a pot, some continuous stirring, and chocolate, of course! Here is my doctored-up version for two mug-fuls (still need a Valentine’s Day idea, anyone?):

Note: If you don’t want it thick and batter like, leave out the cornstarch. Cornstarch is what thickens the chocolate; if you leave it out, it will be the consistency of any liquid.

MacLovin♥x♥x♥ · 2 projects 19th February 2009
I live in the uk, and whats corn syrup, whats cornstarch, whats half and half, and whats semi-sweet and bittersweet chocolate? hehe
Reply