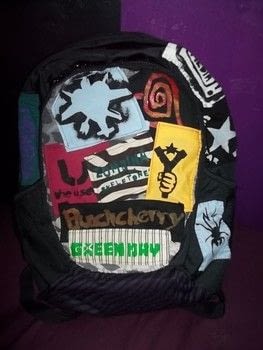 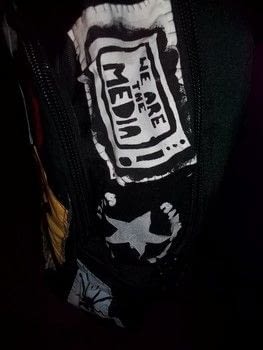 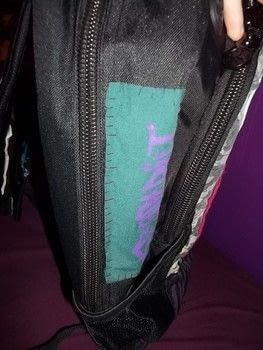 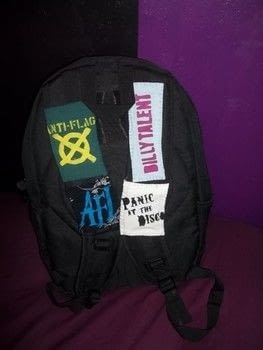 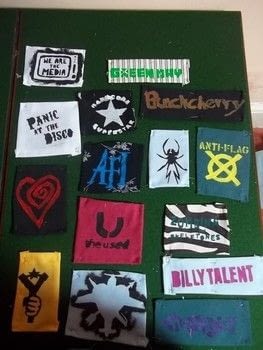 My school bag this year
This took a lot longer and was much harder work than I anticpated when I started.

Firstly I had to create stencils for each of the fifteen patches, by tracing images from my computer screen onto paper, then cutting them out using a craft knife, (which is fiddly if your patches are quite small, and even worse if you have small lettering, as I found out).

Then I painted the patches, using double sided sticky tape to keep the stencils in place and a sponge instead of a brush, to make the edges sharper (brushes can often slip under the stencil slightly without you noticing, leading to wobbley edges). And after leaving them to dry, I ironed them to set the paint and make it waterproof.

Then came the pinning and stitching; also the point where I realised just how thick the fabric of the bag was, at the expense of pushing the needle only to have the blunt end go backwards into my finger rather than go through the bag (thimbles are a life saver). But after several hours of stitching (I chose a deliberately messy stitch so I didn't have to worry about being neat, plus I think it complimets the bag quite well) I was done.

Eleanor posted this project as a creation without steps 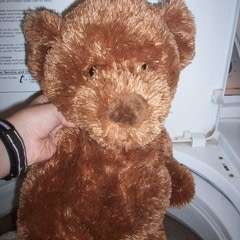 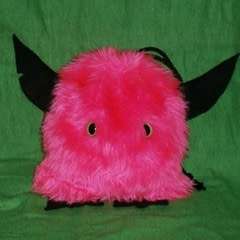 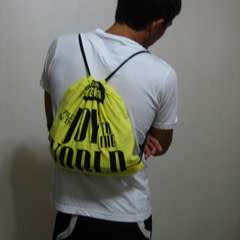 Diy Drawstring Backpack From A Tee! 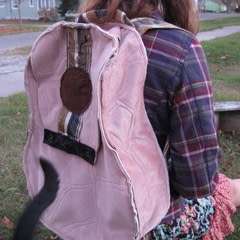 Abbey Acid · Winters, California, US · 10 projects 9th February 2013
That's freaking awesome! The thing I noticed most though was the AFI patch!
Reply

Shae, your bag sounds awesome, you should definitely upload some photos as a project.

Shae B. 4th September 2012
I have a new cookie monster bag i bought for this school year, and last night i used thick Embroidery thread and sewed on lyrics that i put on an off white fabric onto it. I sewed it to kindof look like stitches kindof, and i put pins and safety pins all over it and it looks so awesome!! thats the only thing im excited about for going back to school!! <3 Yours looks soooo awesome, by the way!! <3
Reply