Day Of The Tentacle: Purple Tentacle And Bernard Bernoulli 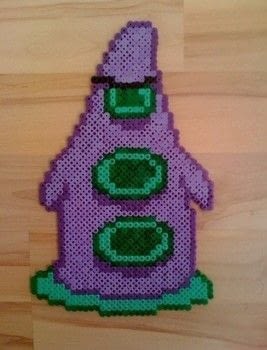 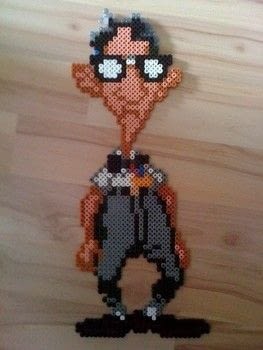 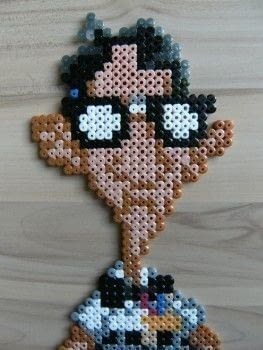 evil tentacle and über-nerd
Here we go again with another LucasArts-classic:

As most adventure gamers I've got quite fond memories of the Maniac Mansion/Day Of The Tentacle-series.
The weird characters and humor were outstanding and it was tons of fun playing through them. So it's only natural to pay this great games a tribute by building the megalomanical purple tentacle and the prototypical über-nerd, Bernard Bernoulli.

I did those figures some time ago, and recently I gave a purple tentacle to a friend of mine as a birthday present and I sold another Bernard to a customer of our DaWanda store.

Building them is not that difficult, you just need around 6 pegboards for each figure (Purple tentacle is smaller than Bernard, but wider), many beads and you gotta be extra cautious when ironing them, so that the parts don't fall apart (especially because of Bernie's pencil-thin neck supporting a basketball of a mug... ;) ).
I added some transparent beads to Bernard's neck for the customer's version (not shown), so he would "survive" being shipped in one piece. I had a bit of bad luck with purple tentacle though, as it split apart at the bottom and I had to go over it another time, resulting in some badly melted beads.

All in all, I am happy with the way they turned out. They are neat for sticking them on your walls, as they are quite large (Bernard: 35,5 x 16 cm, Purple Tentacle: 24,3 x 15,3 cm) and an eyecatcher for every adventure gaming loving nerd ;). 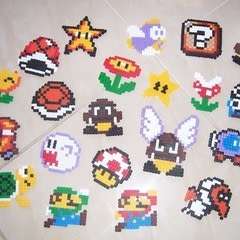 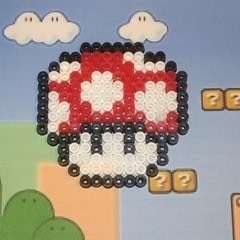 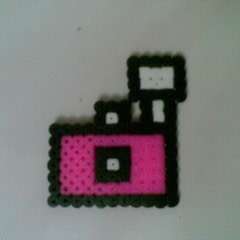 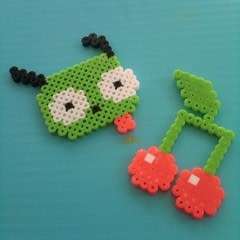 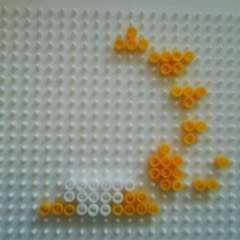 Nightmarequeen · Las Vegas, Nevada, US · 12 projects 16th April 2010
I thought that I was the only one that loved these games