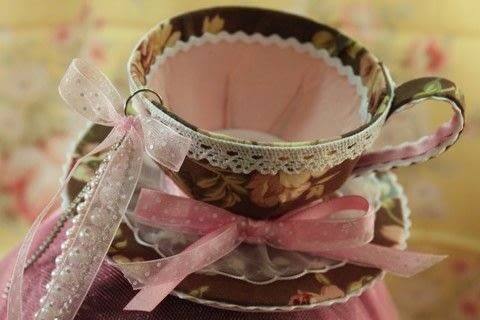 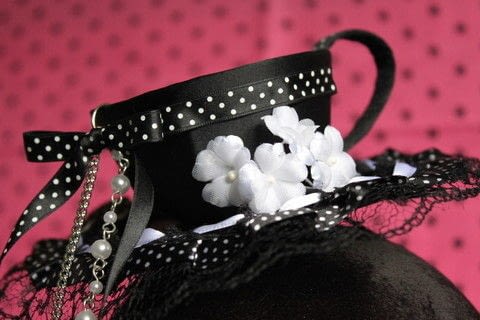 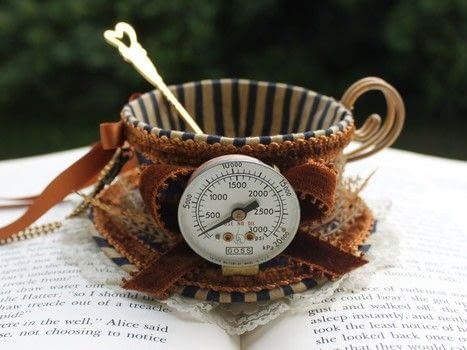 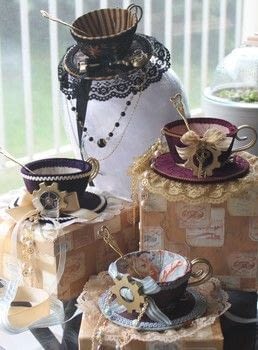 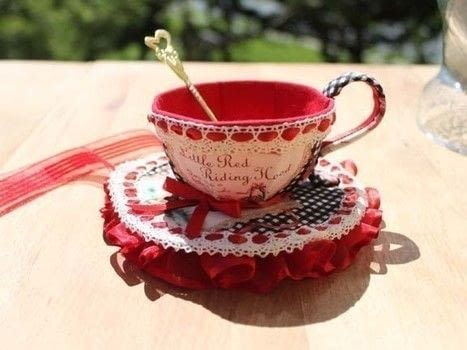 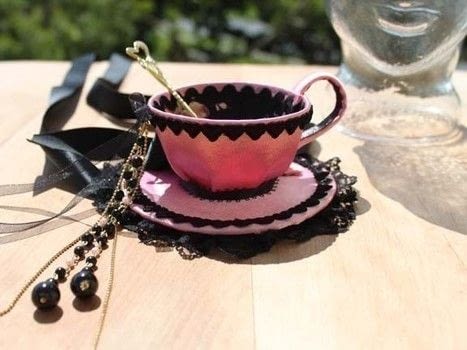 I have since removed my template from here because people were using it to make and sell these as their own design even after I posted a request not to do so. I do not own the idea of the tea cup hat and was not the first one to make them, but the template was mine and I lent it to those who wanted to make one for their own personal use.

I would still love to see everyone else's version of a tea cup hat though and I would not be offended by that at all.... just make it your own as I have done with mine :)

Vanessa the Strange posted this project as a creation without steps 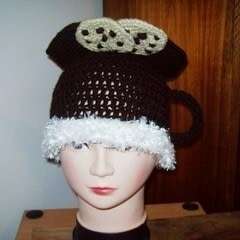 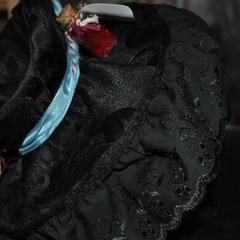 Tea Cup Hat How To 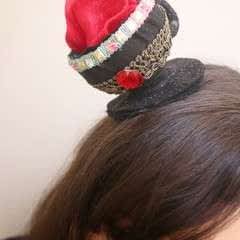 Emma V. 25th October 2018
I LOVE this design!!!! You are truly talented!!
I am a dance teacher and am doing beauty and the beast for a dance show... I have about 10 children who are playing the teacups and these would be perfect headpieces for them!!! Is your pattern available to buy anywhere?

Kristen H. 12th February 2019
I've been viewing this tutorial for years. Sometime in 2011 they took their tutorial down, and I have not found it anywhere else online.
Reply

Becky H. 11th September 2017
I would love a copy of your template. I am attending a "Madhatter's Ball" I would make one--strictly for my own use.

Polly F. 5th June 2017
Hello,
Your hats are beautiful I'm costuming a play and I need teacup hats. Is it possible to get your template? We would gladly give you credit for the design.
Thank you for sharing pictures of your beautiful hats.
Reply

Sarah A. · Schenectady, New York, US 7th September 2016
This would be perfect for my larp character! If you could possibly share the pattern so I could make one for her that would be very much appreciated!
Reply

michelle.renwick.5 6th February 2015
Hello. I'm doing an alice in wonderland little tea party and would love to make some of these. I'm a crafter and scrapper and would love to have a copy of the tutorial. I do not intend to sell these or use for any commercial purposes. I would dearly appreciate a link or something. Let me know if this is possible. Thank you for your time. I see that tons of people here have asked you for the tutorial and wondered if you would consider selling it yourself. I would pay you for it since it is your work.

Esyllt 20th October 2012
I love your hats, they are so beautiful. The people who used you pattern to make money from it are terrible. I would certainly never do such a thing, but I'd still like to try to make one yourself. I may use your pattern?
Reply

Lizelle D. · Johannesburg, Gauteng, ZA 18th October 2012
Good day
Your hats are the most beautiful I have ever seen! is the pattern possibly available in an online store such as etsy?
Reply

Little MAMA · Albany, Oregon, US 15th October 2012
that is terrible people did not give you credit and used your work! is there away you could send me a pattern? i love wearing hats and this is completely adorable! Thanx for still showing your pics!
Reply

Lisa A. 23rd September 2012
HI. YOur hats are absolutely adorable. I am making ny niece a mad hatter tutu costume for Halloween this year and one of these hats would be perfect. Is there anyway you can send me your pattern? Thank you so much in advance.

Laura W. 14th July 2012
Hi love the tea cup hat. I was so pleased to find that there might be a pattern but understand why you took it down. I was wondering if you would consider emailing me the template. I would like to make teacup hats for my golf team for a British themed event. If you would, it would be much appreciated. Your work is so realistic and beautiful. Thanks
Reply
Load 47 more comments...