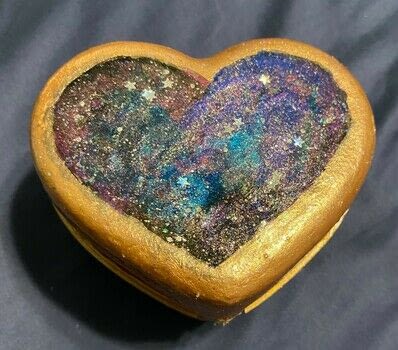 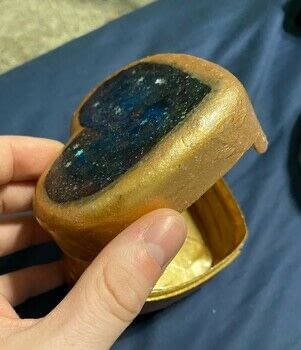 A replica of the very box the Dragon Queen got her Cosmix transformation from
Ok so this is my second attempt to make this box. And I’m pleased to say it was a success. Especially since this box that I used was a cotton swab box and it was on clearance, meaning that though it was in the store for a long time it would not be manufactured. In the end I got the thing for seventy nine cents. And I was lucky that I made this work.

Any who:
The story behind this box is that it was a gift from the Queen if stars from winx club. But for some reason it came in the mail like an ordinary package just as the Dragon Queen/Fairy of the Elements was fighting a resurrected Valtor at a festival celebrating families, (mainly parents and their children). The moment Valtor saw the package opened up to reveal the heart shaped box with a huge glass top which dipicted a galaxy and stars swirling around; he grew furious! He demanded the box be handed to him immediately, or all that the Dragon Queen had worked for and everything she’d loved, and wanted would be killed right in front of her.
It was then that she heard a voice speak to her. She recognized the voice to belong to the women who raised and had died protecting her when she was three years old. Her “mother” told her to not be afraid and that the box would grant her what she needed to defeat Valtor and protect all she worked for and loved with every fiber of her being.
She stood strong and and While looking Valtor in the eyes with the kind of Scorn that only a women can show, she opened The box. Out from the box came a light that engulfed her and granted her Cosmix the power of the stars! Which she used to defeat and majorly wound Valtor.
They say if you had asked Some of the people that knew her as a child they’d say “we are not surprised, we knew she had it in her all along”
And yet if you’d asked children of the children that knew her they would say “ Our parents said she was magical, but we never knew she actually was.” In the end the whole town/village/city cheered when she trumpeted and the Queen who was also supposed to sing for the crowd sang the kingdom hearts song “Face my fears”(amalee version) because she did just that. She had faced her fears once more, Conquered and proved she could face anything because of the people who were always there and never doubted that she could make a difference and stand up for what’s right.

A cheap plastic Box Mine was tall and once held qtips. But it was on clearances no big deal Masking Tape Nailpolish or Acrylic Paint Or both (tip: don’t mix the two together or they will clump. And wait til one or the other is completely dry before using the the paint or polish 3 Tacks 3 Bead(s) With a hole big enough to slide on to the bottom of the tacks Scissors Exacto Knife Modpodge 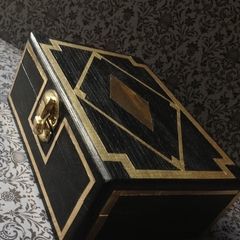 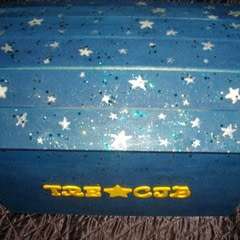 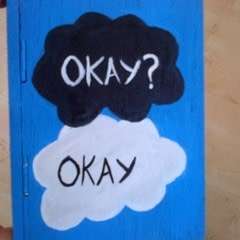 Wooden Book Box Inspired By The Fault In Our Stars 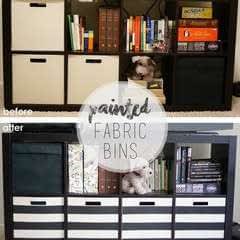 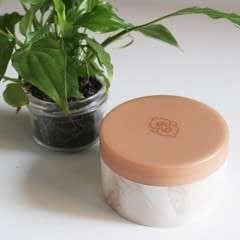 Marbled Rounded Box (Diy)
Made this project? Share your version »