Burlesque Skirt Into A Dress In No Time! :) 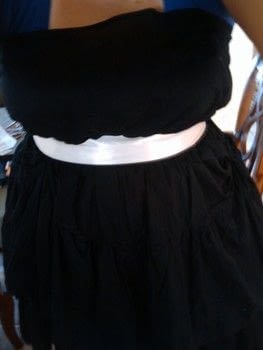 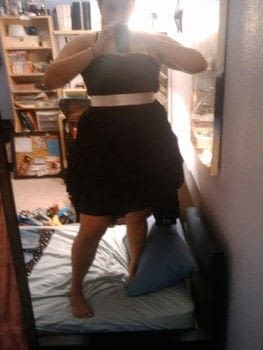 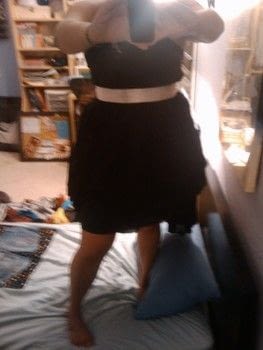 Complete accidental dress that is so adorable, I am amazed. It's kind of a Lolita/Bustle/Burlesque mix.
I had an AWESOME burlesque skirt that I picked up for $4 from a thrift store, but it didn't fit me :(

I was conceptualizing a way to make it into a dress, but my idea was much more complex than it needed to be.
at one point, I just lifted the top layer and realized "holy crap, this is amazing!"

There is no permanece in this project - it will forever remain a skirt, it's simply the way you manipulate it that changes it's function.

The ribbon works and adds a bit more of a waist as the raised top layer sometimes seems kinda loose, but in reality - the dress is already very very fancy from all the layer detailing that I personally thing it doesn't need any more decoration.. :)

Pardon for the terrible pictures :/

I tried my best, but I was using my phone as a camera and there wasn't any good lighting to show the details.