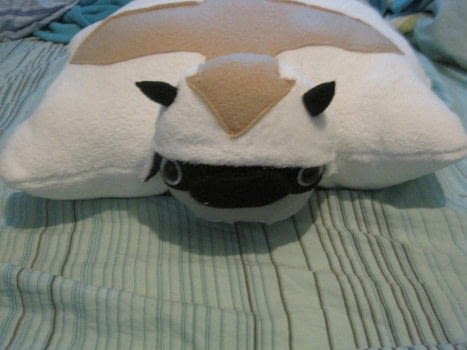 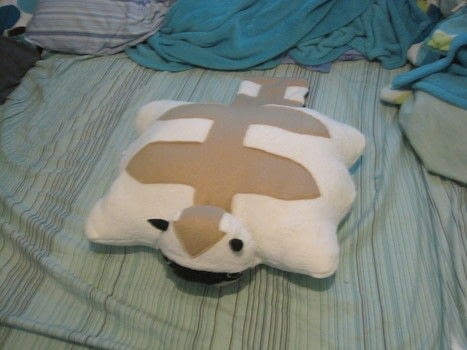 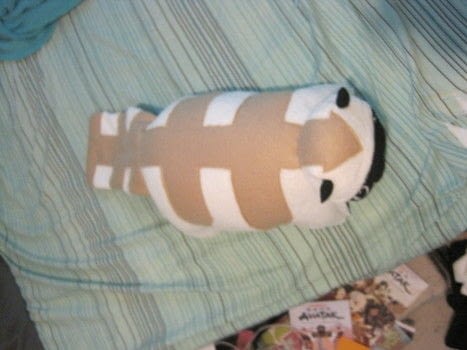 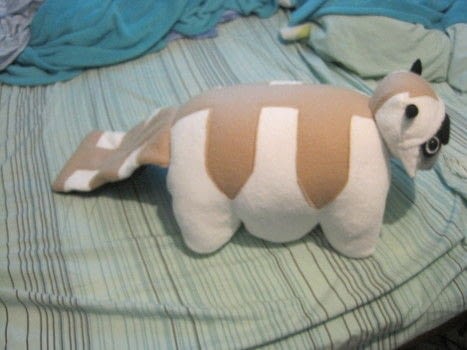 A flying pillow bison to carry you off to sweet dreams
Appa from Avatar the Last Airbender! My family and I had a marathon and I decided I wanted a plushie Appa, so I looked around and found crazy prices and way too long on shipping, so I made my own in about four days, working only a few hours every day. I used Ultra Cuddly fleece and its name is definitely well earned, and just black and brown fleece for the rest of the big parts. I used gray fleece for the muzzle and white for the eye stuff. I'm pretty proud of it, cuz its my first kind of animal plushie.

If you need any clarification, feel free to comment/message me!

I love it! I'm making my own, but I'm stuck, I just don't get how to attatch the head onto the body. Did you close the body first?
I think overall, that's the hardest part for me. The head I made looks unproporcional, it's too small for the body I guess.
Reply

teresa.peckaustin · Republic, Missouri, US 6th November 2013
I have been trying to download the pattern but am unable, my granddaughter wants one so bad! My e-mail is grg0161@yahoo.com.....thanks in advance.
Reply

but i found the instructions a little confusing do you think maybe you could make a video and upload it???

Natalie M. · 2 projects 10th October 2013
cause i'm not the best sewer but this has been the best Appa pillow pet i have seen <3
Reply

Laura M. 9th February 2013
Can I get sent the pattern? Thanks! lauramineheart@yahoo.com

agdiaz056 28th October 2012
Is there a printable template that is available?
Reply

alexandra.katlynn · Phoenix, Arizona, US 1st September 2012
can you email me the attatchment?? it wont let me open it.