An Antique Radio Stand Converted Into A Red Kitchen Island! 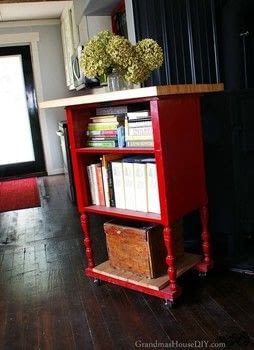 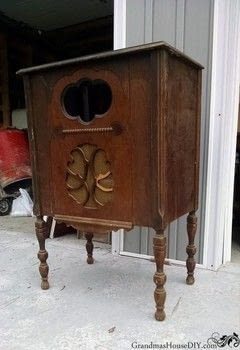 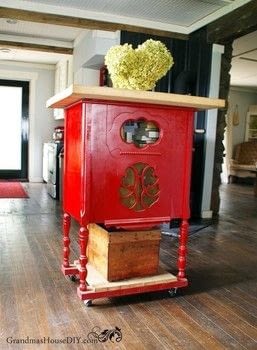 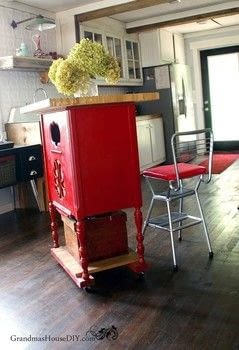 An amazing upcycle to a piece of furniture I didn't know what to do with!
It was very cool and rather pretty though it did have some veneer cracking and missing on the front of it (as you can see in the before) so I had planned to probably paint it regardless. But if you stand it against a wall it is either useless as a shelf or you have to face the prettiest part of the whole piece to the wall to use the shelving. I just couldn’t figure out how to use that antique radio cabinet in a functional way so I put it out of my mind. Meanwhile, I knew all along I wanted a butcher block red kitchen island and I have also always wanted a book shelf in my kitchen for all of my recipe books and things so I got to work designing an island. It wasn’t very big and it was basically a small bookshelf on wheels. I didn’t want to build it (I’m not a builder, I’m a recycler) so I was planning on probably finding something at the salvage yard. It took me so long to finally put two and two together *facepalm*. Not only was this old radio stand almost exactly the same as I was designing, it’s better because it looks amazing from every angle. The very reason I was having so much trouble figuring out a function for it is what literally makes it perfect as my red kitchen island because now you can see it from every angle and use it too. Funny how things work out.

GrandmasHouseDIY posted this project as a creation without steps 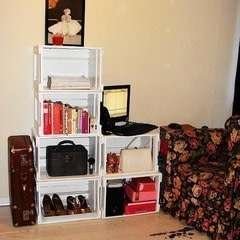 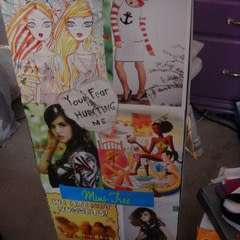 The Ultimate Upcycle The Eco Friendly Shelf Of Cardboard! 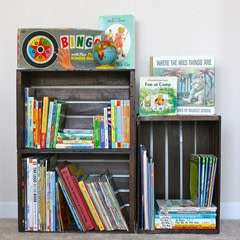 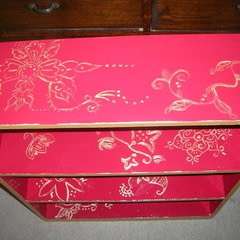 My Red And Gold Shelves 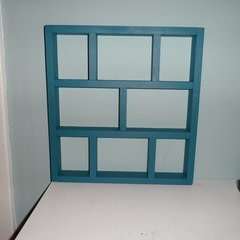 Wooden Display Unit/Shelves
Made this project? Share your version »