Blogs Craft In The City 2019 November 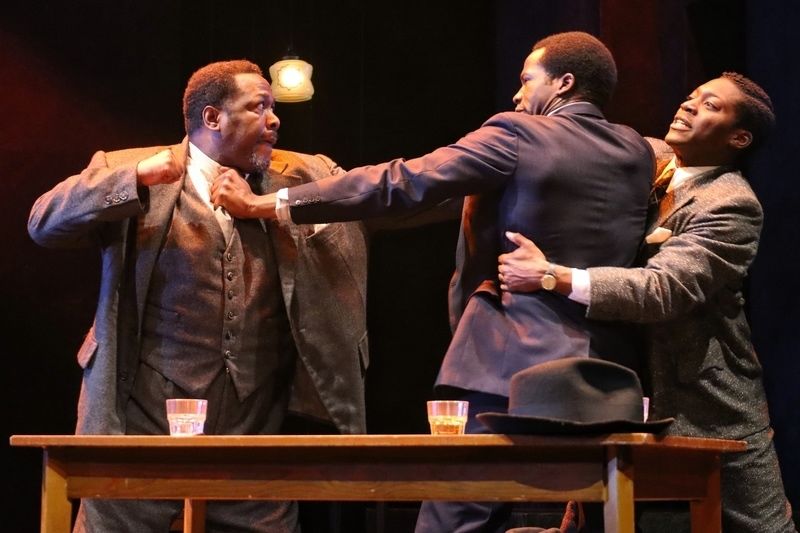 We're at the theatre for #CraftInTheCity being inspired by Death Of A Salesman at London's Piccadilly Theatre.

The American Dream is not alive and well as The Young Vic rejuvenates Arthur Miller's classic play, Death Of A Salesman with a talented cast, soulful music and gripping retelling from directors Marianne Elliott and Miranda Cromwell.

The historic stage of the Piccadilly Theatre is transformed into a 1940’s Brooklyn apartment with clever and minimalistic set design, as shabby suspended furniture drops down from the ceiling to set the scenes.

Perfectly and loveably portrayed by Wendell Pierce, ageing businessman Willy Loman’s legendary sales skills may be merely that - the stuff of legends, as he struggles to cover his household bills while considering that he may be worth more to his family dead than alive.

Though they've fallen on hard times, Willy is supported by his loving, long suffering wife Linda, who does her best to stay strong and keep the family together. Played by Sharon D Clarke, the onstage chemistry between the pair is lovely and compelling, making you wish for a happy ending despite the giveaway title of the play.

Believing that being popular will get you far in life, Willy has big dreams for his football star son, Biff (Sope Dirisu) and younger brother Happy (Natey Jones), so tension and conflict arise when the pair are more interested in girls and working outdoors than following in their farther’s footsteps.

Told through flashbacks with dramatic lighting, the play has a modern feel while staying true to the original story, leaving you unsure of what’s real and what’s part of the fanciful fiction Willy has created in his head.

Death Of A Salesman has a 10 week run at the Piccadilly Theatre from 24 Oct 2019 and you can find tickets here.

‹ › ×
Do you know somewhere awesome, quirky or inspiring we should visit? Send us a message!