Blogs Craft In The City 2018 September 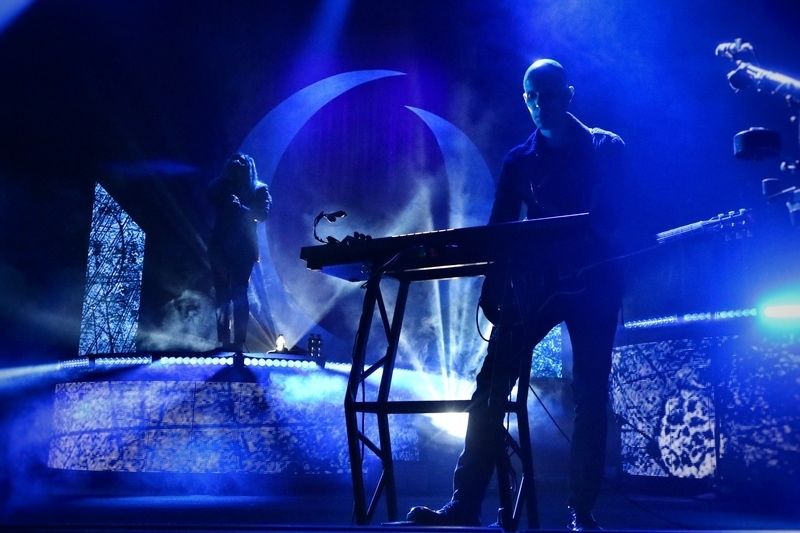 Check out Elephant Heart Necklace on Cut Out + Keep

We're being inspired by A Perfect Circle at Brixton Academy for #BackstageCrafter and showing you how-to make an Elephant Heart Necklace inspired by their new album Eat The Elephant.

A Perfect Circle were back in London for the second night of their sold-out shows at the Brixton Academy.

Having just released their fourth album Eat The Elephant, the band were returning to stage after a five year hiatus and tickets for the tour had sold out in minutes.

Fronted by singer Maynard James Keenan from Tool, the supergroup is made up of Billy Howerdel of Ashes Divide, Matt McJunkins of Eagles from Death Metal, drummer Jeff Friedl and James Iha from The Smashing Pumpkins.

The band kicked off the show with the gentle piano stylings of new single and title track, Eat the Elephant, before being joined by Billy Howerdell on guitar and Matt McJunkins on bass for the much heavier Disillusioned and classic hit, The Hollow.

Little more than silhouettes through smoky blue haze, it was easy to get swept away into the music, as the set continued with Weak and Powerless, heart-breaking new single So Long, and Thanks for All the Fish, Rose and a cover of Depeche Mode's People Are People.

Filled with political commentary throughout and an excellent selection of new songs mixed with previous hits, our highlight was Counting Bodies Like Sheep to the Rhythm of the War Drums.

Ending the evening with an amazing performance of The Outsider, followed by The Package and Feathers, the crowd left relieved knowing it won’t be another five years until we can see them again. Returning this December to play The SSE Arena at Wembley, this is a gig you won't want to miss and you can find tickets here.

‹ › ×
Do you know somewhere awesome, quirky or inspiring we should visit? Send us a message!