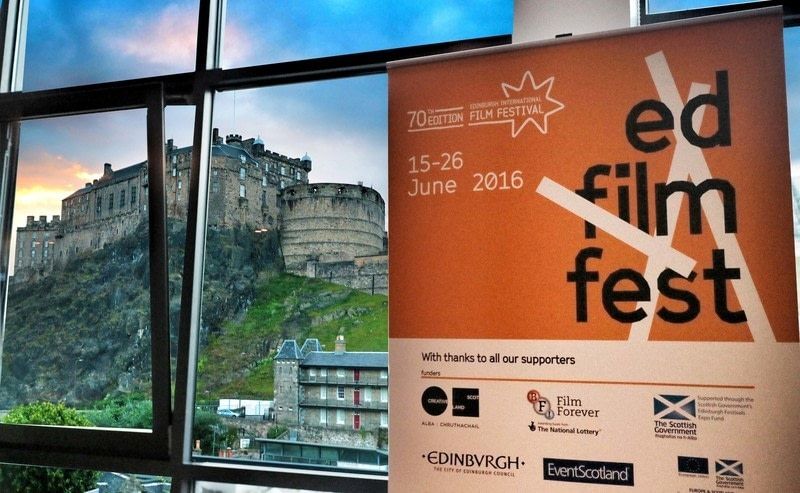 Check out Red Carpet Bow Tie on Cut Out + Keep

We're at the Edinburgh International Film Festival for this week's #CraftInTheCity where we're being inspired by the movies, photographing the stars on the red carpet and teaching you how-to sew your own Harris Tweed bow-tie!

Founded in 1946, the Edinburgh International Film Festival is the longest continually running film festival in the world. This year, EIFF was celebrating it's 70th birthday and we couldn't wait to get involved, peek behind the scenes and, of course, watch as many amazing new movies as possible.

After admiring the festival's Walk of Fame outside the Filmhouse, our first stop was to pick up passes and a program, so we could plan out our week of screenings. With 350 films to pick from, we were determined to see as many as we could.

In true Hollywood style, the cast and crew had flown in especially for a number of the premiers and we couldn't wait to join the packs of photographers to take photos of their entrances.

Fans who had gathered to greet the stars even got the chance to collect autographs and take selfies with the likes of Robert Sheehan from Jet Trash, model Agyness Deyn from The White King, Will Poulter and Alma Jodorowsky from Kids In Love.

Each evening, Creative Scotland hosted networking drinks at the Traverse Theatre, giving delegates the chance to meet film makers, editors, critics and chat about the screenings they'd seen during the day.

We were a little too intimidated to test our luck against the critics at the Film Quiz but were blown away with the singing talent on Bandeoke night.

The highlight of our first week was the annual Ceilidh held at The Assemby Rooms, where we were welcomed by a bagpiper playing movie theme tunes.

The Scottish country dancing skills that were drilled into us during PE at School came in very handy as we do-si-doed with Clancy Brown from Highlander and Kim Cattrall from Sex & The City.

In the second week, Kevin Smith and his daughter Harley Quinn flew in to promote their new film Yoga Hosers with Q&As before and after the screenings and a special In Person event.

We were lucky enough to interview Kevin & Harley about their love of all things geeky, so keep an eye out for them in an upcoming issue of Snippets.

"It was wonderful shooting in Scotland. Not only did we have some fantastic locations for the film but they were beautiful parts of the world to be staying in!" - Ellie Kendrick


Finishing the festival this year was a remake of the classic Scottish film Whisky Galore, and though the weather was as traditionally Scottish as the movie, nothing was going to ruin the star studded Closing Gala.

Crowds and photographers braved the rain for a chance of spotting Eddie Izzard, Fenella Woolgar, Gregor Fisher, and Ellie Kendrick who all looked glamorous under their umbrellas.


Sheltering in the warmth of the Festival Theatre, Tom got to chat to Eddie about his role in the film and his love for Scotland. He replied, "I've played everywhere in Scotland, from Shetland, Orkney, Ullapool, Stornoway, Aviemore and Fort William. I've been all around and run eight marathons with the saltire flag, so I have a relationship with Scotland and even though I'm called Edward, I'm a different kind of Edward!"

It was then time for the screening and we couldn't wait to hear what the audience thought.

Though we were so sad that the festival had come to an end, there really was whisky galore to drown our sorrows at the closing party, held in the gorgeous Playfair Library Hall.

With less than a year until the next EIFF, we hope to see you there in 2017. We'll bring the popcorn! 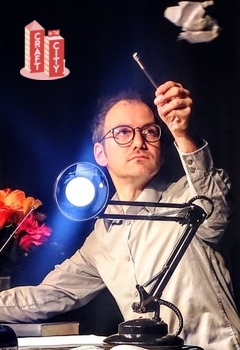 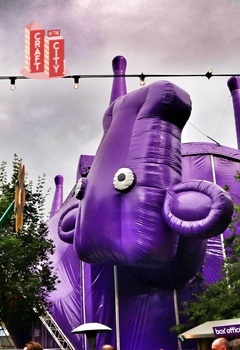 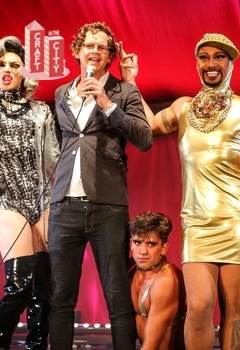